Let’s shed light on some amazing females In respect to International Women’s Day.

OutTheBox produce workshops and sessions for creatives and entrepreneurs.

While only working at Adidas for less than a year, Pooja has created an immense impact. She has worked on major campaigns for Adidas and continues to drive cultural collaborations.

If one Miss Popat wasn’t enough, here’s another. Pooja’s sister, Aarti is a PR force to be recognized.  She has worked with many of the biggest acts in music and continues to make her name for herself in the sector.

Swarzy is one of the most energetic and vibrant presenters in our scene. A presenter who can have any conversation across all genres including music, film, TV, sport, and current affairs. The future is bright for this young star.

Davina Merchant has been working quietly behind the scenes in Music for a couple of years. Now she is the only A&R manager of music publishing company Downtown Music’s London Office and has signed the likes of Tion Wayne, Moelogo & more. She is slowly becoming a force not to be reckoned with.

Co-Founder of There’s Rice At Home

Ama is slowly becoming a branding and marketing genius. As if being 1/3 of the popular podcast “There’s Rice At Home” wasn’t enough, Ama continues to push great consistent content that will have you wanting to chase your dreams as you read this.

These identical twin sisters are showing the best things come in pairs.  They are co-founders of PAQ a london based creative agency specialising in; graphic design, film, photography, fashion & art direction. They have worked with the likes of Nike, Puma and more.

Mabintou is a female graphic designer and UX Designer, who is absolutely killing the game. Despite only 21, she has built company MABIN2 and is slowly but surely creating a name for herself.

If you want a freelance producer, who has the ability to work with big brands and make it sick, India is you’re go-to. She has worked with the likes of Nike, Puma, Moncler & more, creating amazing cultural campaigns. She has managed to carve a name for herself in the industry and we can’t wait to see what’s next for her.

AZ is a talented photographer and Graphic Designer. She is also doing a lot of BTS work within music.

A talented photographer & director whose work speaks for itself.

A young stylist and filmmaker whose documentary “Inside Saudi” just aired on BBC1 and has reached over 1.24million people.

WRT (We Run This Interns) is the young creative platform that provides invaluable insight to help young people navigate the world of fashion. 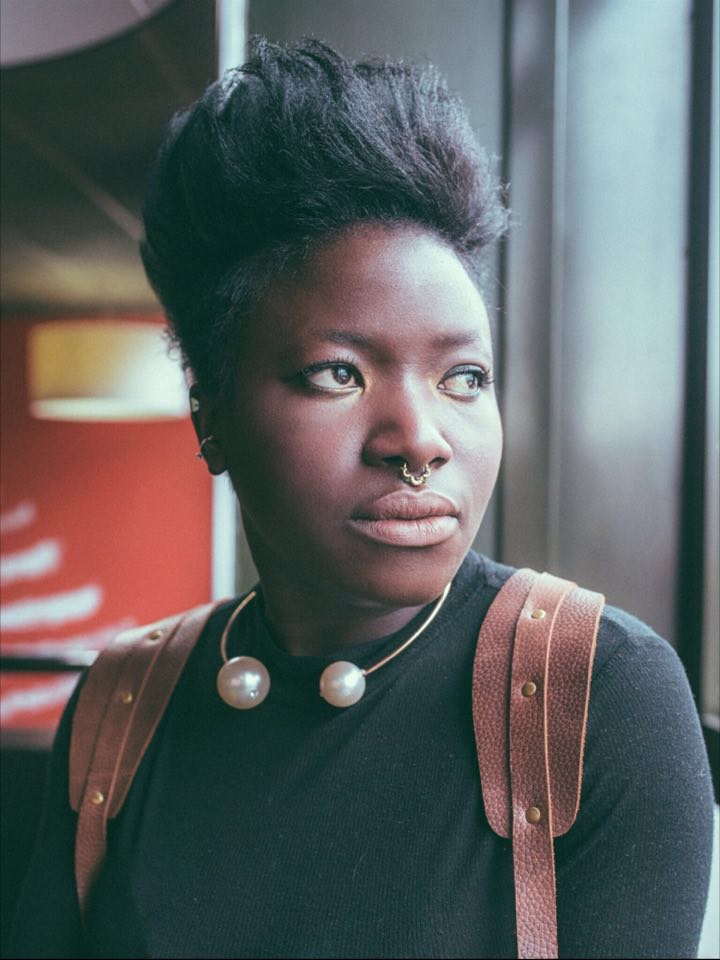 Runs a social enterprise which supports and aids the development of young woman through events, workshops a podcast and social content

Founder of Pick Me Up Inc

Pick Me Up Inc aims to uplift you and spread positivity. She also has a very real personal Instagram page which resonates well with her audience.

Henrie is one of the brightest prospects in radio. The grey-haired presenter can be found on Reprezent Radio as well as DJing at some of your favourite brand parties including Puma, Supermalt and more! The future is bright for Henrie.

A young media-genius who worked her way up in the media industry and is now working in press at Sony music.

Founded by Sophia Tassew, Curves In Motion is a size inclusive collective that brings people together through sports fashion and fitness. Sophia started the group due to experiencing disparities in the fitness world. She reached out to fellow plus sized girls Vivian Eyo-Ephraim and Rebecca Louisy to fork the group both of whom like to keep fit and model. We expect big things to come from this collective of women!

An all-round creative & go-getter. Abigail is the founder of RONIEBOND. It is one of the only British platforms dedicated to supporting the best of British female talent as well as providing cutting edge beauty, fashion, culture and music news.

At only 18, Staff is becoming one of the culture’s brightest prospects in photography. She is a self-taught photographer who not only has worked with major brands including Nike but also has started a model scouting agency, after being a part of the success of many young models killing the game right now.

Komali Scott-Jones is a future industry leader. As one of the few black females in the music industry, in an A&R position, Komali is ensuring her presence is known. Despite being at Warner for only a short period of time, she has signed the likes of Hamzaa, who also has a very bright future in this industry. If this wasn’t enough, she is also co-founder of clothing brand Kings Ransom.

There are big thing’s coming for this woman and we can’t wait for it to come into fruition.